CEO’s and Their Companies” Award

Jimmy Hiller, Chief Executive Officer and Founder of Hiller Plumbing, Heating, Cooling & Electrical (Hiller), was honored for the fifth time this year with Nashville Business Journal’s “Most Admired CEO’s and Their Companies” Award. The 2020 award marks Hiller’s fifth recognition, following awards in 2019, 2018, 2016, and 2015 in the 100-500 employee private business category.

During a virtual ceremony via Zoom on December 8, 2020, the Nashville Business Journal presented the “Most Admired CEO’s and Their Companies” Awards via live announcement to honorees, peers, and teammates. Hiller was selected from a pool of public nominations as a finalist, then named a winner by a selection of previous winner CEO’s. 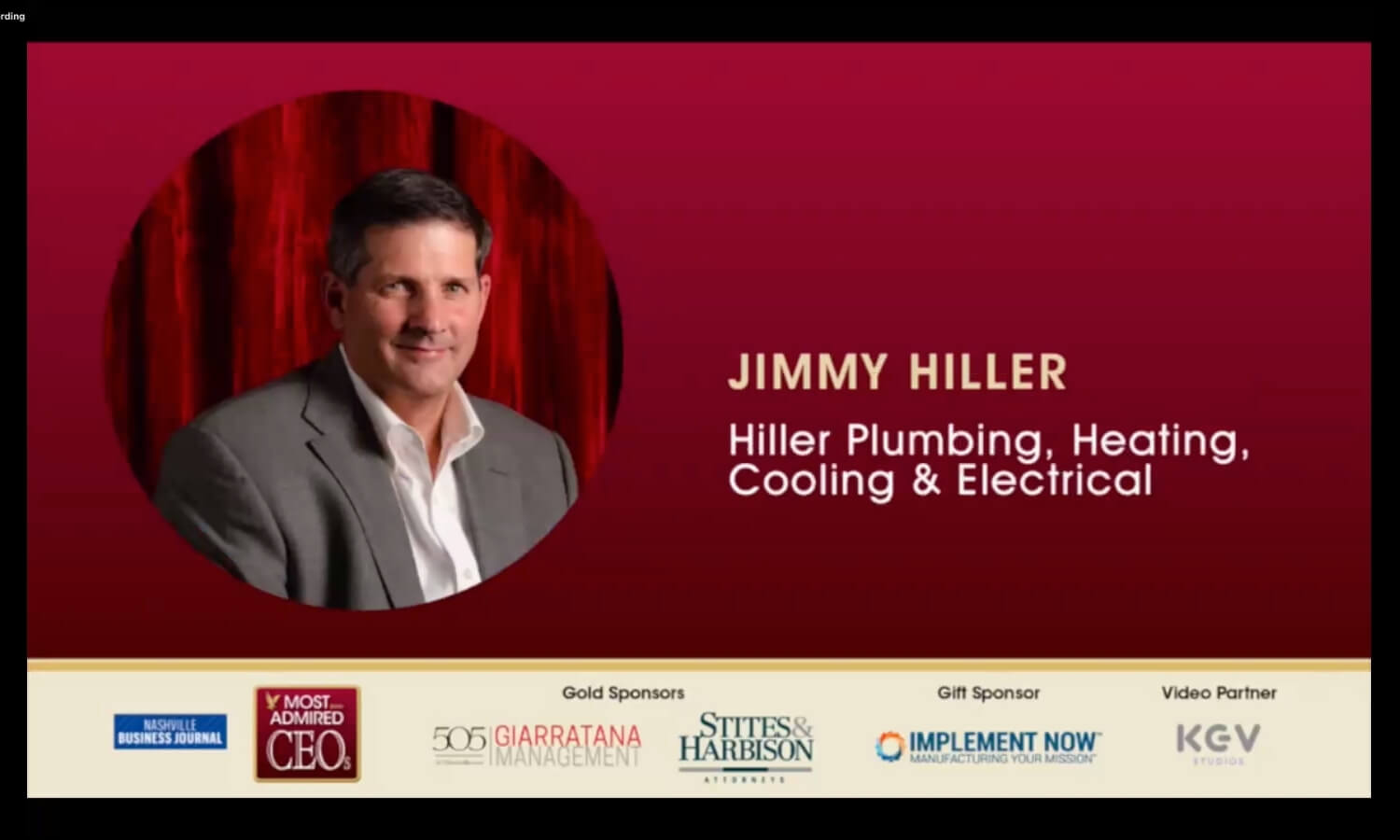 This award honors those leaders who “inspire those around them, hold their employees, products, and services in the highest regard, run their companies with integrity, and are shining examples of how all companies should be run and managed”, according to the Nashville Business Journal. Hiller Plumbing, Heating, Cooling, and Electrical was founded on nearly identical values, making Mr. Hiller an ideal award recipient.

“I am truly humbled to receive this award again this year”, remarked Jimmy Hiller. “It is especially meaningful”, he continued, “To receive acknowledgment from my influential peers in Nashville again this year. Recognition like this would not be possible without our incredible Happy Hiller team, who inspires me to be the best I can be every day.”